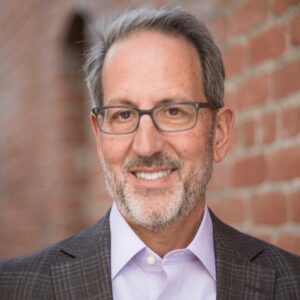 Jay Famiglietti is a hydrologist, a professor and the Executive Director of the Global Institute for Water Security at the University of Saskatchewan, where he holds the Canada 150 Research Chair in Hydrology and Remote Sensing, Before moving to Saskatchewan, he served as the Senior Water Scientist at the NASA Jet Propulsion Laboratory at the California Institute of Technology.  From 2013 through 2018, he was appointed  by Governor Jerry Brown to the California State Water Boards.

From 2001 to 2016, Jay was a professor of Earth System Science and of Civil and Environmental Engineering at the University of California, Irvine, where he was the Founding Director of the UC Center for Hydrologic Modeling. Before joining UCI in 2001, he was on the faculty of the Geological Sciences Department at the University of Texas at Austin, where he helped launch the program in climate and the UT Environmental Science Institute.

Jay and his team have been researching and communicating about water and climate change — in academics, in business, in government and to the general public — for over 30 years.   He appeared as a featured expert in Participant Media’s water documentary “Last Call at the Oasis”, on CBS News 60 Minutes, and on HBO’s Real Time with Bill Maher.  Jay is a frequent speaker and he is an avid writer for the general public.  His research and commentary are often featured in the international news media, including the New York Times, the Los Angeles Times, The Washington Post, The Guardian and The Economist,  and in network, cable and public television news.  Jay is a regular guest on National Public Radio, BBC Radio, CBC Radio and other public radio shows.

Other of Jay’s film and television credits include Jigsaw Productions‘ documentary “Water and Power: A California Heist,” VICE and Years of Living Dangerously.  He was a story consultant on the National Geographic Channel water documentary series “Parched.”

In 2018 and 2019, Jay worked with KEO Films and Passion Pictures on water documentary projects with release dates in 2020. Passion Pictures 3-part documentary H2O: The Molecule That Made Us premiered on April 22, while the KEO Films project is expected to be released in the fall. Jay continues to work on his first book on the disappearance of groundwater resources the world over.

This website uses cookies to improve your experience while you navigate through the website. Out of these cookies, the cookies that are categorized as necessary are stored on your browser as they are essential for the working of basic functionalities of the website. We also use third-party cookies that help us analyze and understand how you use this website. These cookies will be stored in your browser only with your consent. You also have the option to opt-out of these cookies. But opting out of some of these cookies may have an effect on your browsing experience.
Necessary Always Enabled
Necessary cookies are absolutely essential for the website to function properly. This category only includes cookies that ensures basic functionalities and security features of the website. These cookies do not store any personal information.
Non-necessary
Any cookies that may not be particularly necessary for the website to function and is used specifically to collect user personal data via analytics, ads, other embedded contents are termed as non-necessary cookies. It is mandatory to procure user consent prior to running these cookies on your website.
SAVE & ACCEPT