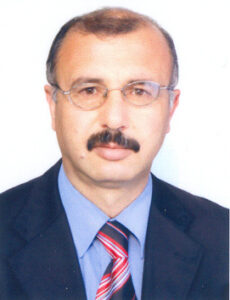 Engineer Nader Al Khateeb holding a BSc in Engineering Geology from the Middle East Technical University in Turkey and Postgraduate Degrees in Environmental Management for Developing Countries and Wastewater treatment and Reuse in Semi Arid Areas from the Loughborough University of Technology in the U.K. I was among the Palestinian Water Experts Team who established the Palestinian Water Authority (PWA) in 1995 and served as a senior water resources engineer with PWA until 1997. Since 1998, I am a founder and the General Director of the Water and Environmental Development Organization (WEDO) in Palestine.
I received the prestigious awards of the Time Magazine for Environmental Heroes of the Planet twice in 1999 and 2008.
In addition I received the Skoll Award for Social Entrepreneurship in 2009 and the Aristotale Onassis Prize for the Protection of the Environment in 2010.