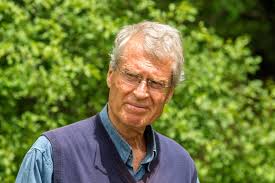 John A. Cherry holds geological engineering degrees from the University of Saskatchewan and University of California Berkley, and earned a Ph.D. in hydrogeology from the University of Illinois. He joined the faculty at the University of Waterloo in 1971 for field research on the migration and fate of contaminants in groundwater and their remediation. He retired from Waterloo in 2006, but he continues research as a Distinguished Professor Emeritus. He co-authored the textbook “Groundwater” with R.A. Freeze (1979) and co-edited and co-authored several chapters in the book “Dense Chlorinated Solvents and Other DNAPLs in Groundwater” (1996). He has participated in the development of technologies for groundwater monitoring and remediation, co-holds several patents, is a Fellow of the Royal Society of Canada, and has received awards from scientific and engineering societies in Canada, the United States, and the United Kingdom. He held the Research Chair in Contaminant Hydrogeology at the University of Waterloo from 1996 to 2006 and is currently the Director of the University Consortium for Field-Focused Groundwater Research. Dr. Cherry is also a principal investigator at the G360 Institute for Groundwater Research and an Adjunct Professor in the School of Engineering at the University of Guelph.

Any cookies that may not be particularly necessary for the website to function and is used specifically to collect user personal data via analytics, ads, other embedded contents are termed as non-necessary cookies. It is mandatory to procure user consent prior to running these cookies on your website.